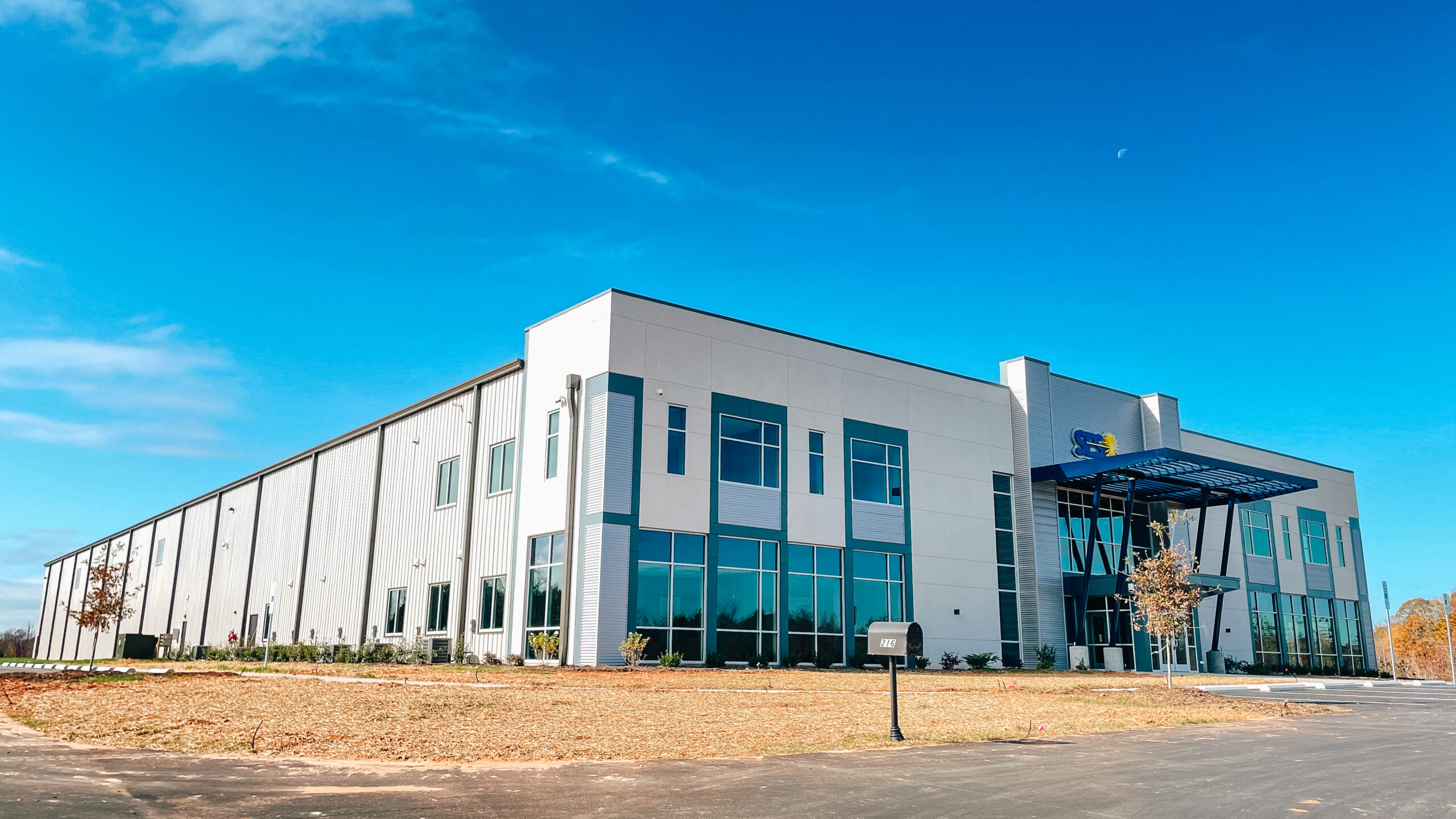 MOCKSVILLE, NC –When Jim and Lynn Brammer, along with Jeff Cranfill founded Special Event Services, which emerged from the Brammer’s garage in 1986, no one could predict the success, adversity or triumphs their creation would produce.

Acquiring the former Winston-Salem, North Carolina headquarters, previously an RJR Tobacco Warehouse, in 1994 seemed like a major breakthrough to Jim Brammer at the time, considering the family-oriented company’s humble beginnings. He initially thought the original, brick and electric fence-lined building would hold all the space SES could ever need.

However, as SES continued to acquire larger events and clients with greater production needs, the former headquarters’ warehouse became overcrowded. During the slower times of the year, when all gear was stored in the warehouse, it was packed to the ceiling. Some gear was even left on trucks, simply because there was not enough space.

Coming to the realization that the growth of the business would require more than the original space could provide, Jim Brammer, along with SES partners Cranfill, Don “Bogie” Cates and Jason Farah began envisioning a more ideal, functional building.

After two years of construction, the new SES location, located in Mocksville, NC, is now fully operating and functioning. The 52,000 square-foot headquarters boasts easily accessible loading docks, a rigging workshop, a lighting and video studio, a spacious parking lot and an abundance of storage space.

Michael Brammer, SES staff member and son of Jim and Lynn Brammer, has been immersed in his parents’ company since birth. He was also immensely involved in the creation and execution of the new headquarters.

“Opening a building in the middle of a pandemic may not seem like the wisest decision,” said Michael Brammer. “But for our staff, it’s been a beacon of hope we can rally around.”

However, the new headquarters is not the only beacon of hope for Michael Brammer. During the dedication of the building, Jim Brammer invited his son to stand beside him, alongside the three other SES partners. He shared stories of how each partner has contributed to the company’s success and journey, ending with his son.

Jim Brammer reminisced upon the lifetime of memories he shared with his son, all of which involved some element of the company. From spending his childhood at concerts with his parents, to foregoing his college education to become a full-time staff member, SES has always been at the center of Michael Brammer’s life.

And it will continue to be. Jim Brammer concluded the dedication by announcing his son’s fully-vested partnership in SES. “Having Michael come up through the company, seeing the positions he’s filled along the way and watching my peers begin to respect him for being him, not for being my son, but for being him,” said Jim Brammer. “It was a great moment when I could say, ‘Son, you’ve earned it. It’s time to share a heavier part of the responsibly and the rewards’.”

Michael Brammer and his family will continue the generational legacy of SES alongside his team he has assembled.

“For me, becoming a partner is an additional driving force to continue to push the company forward,” Michael Brammer said.

Despite the uncertain future of the live entertainment industry, the partners of SES have faith that they will overcome the disruption caused by the COVID-19 pandemic and return to prosperity.

Meanwhile, the newly constructed Mocksville location, along with Michael Brammer’spartnership, holds promise for the Brammer family, SES staff and future generation of the live entertainment industry.