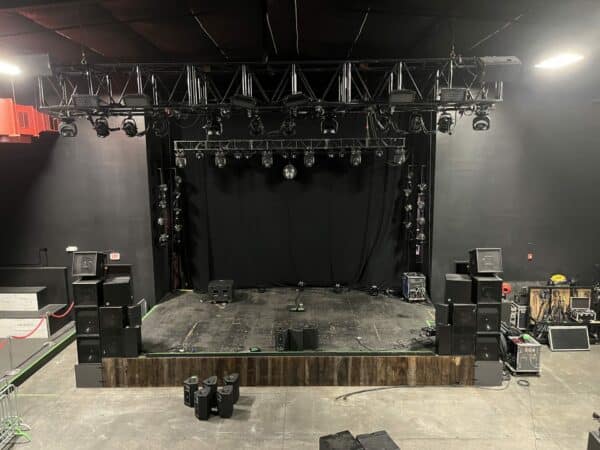 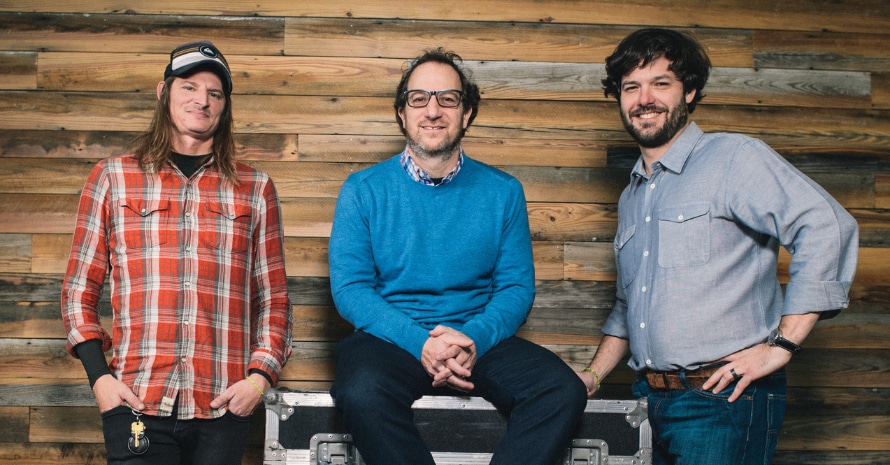 “We have to turn over technology here a lot,” explained Jeff Cranfill, co-owner of SES, which is based near Winston-Salem in Mocksville, North Carolina. “I usually reference it by saying, you go and get the best laptop and by the time you get everything on the laptop the way you want it, they have discontinued that model and have come out with the next, greatest laptop.”

The partnership sees SES finding a home for perfectly good gear while the Ramkat gets to stay ahead of the curve.

“So, that is the way our gear works,” Cranfill continued. “We don’t get the longevity out of some of this gear like we used to so we have a lot of great, professional quality equipment that gets replaced with upgraded gear for many of our clients as their careers grow. This gives us an inventory of quality production equipment we can provide to The Ramkat. This makes artists happy and reduces the worries for the venue.” 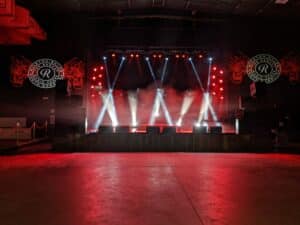 Tennille and partners Bryan Ledbetter and Richard Emmett considered several production options when they opened the venue in March of 2018 including partnering with a production company like SES or purchasing new and/or used gear.

“At the end of the day the thought that we would have to maintain the gear ourselves and that any repairs or problems that came up, we would have to figure out a way to get stuff repaired – that was a huge factor in the decision we made,” Tennille said.

Structured like a rental agreement, the partnership goes beyond providing repurposed sound and light equipment.

“It encompasses service and maintenance and repairs to augment our standard system of lights and sound depending on what an artist needs when they come into the room,” Tennille said. “And it came with the ability to call Jeff and his team and ask them for help when we need a couple additional hands to help with a show or any changes we were going to make to the system.”

The 30’-by-20’ stage in the 11,000-square foot building is flanked by two Barco projectors that Tennille said artist use for static images or video during their show, but the venue uses primarily to show ads for upcoming performances before and after showtime. 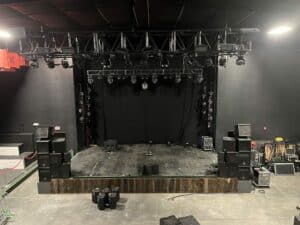 Having a versatile system and the ability to make upgrades and additions was important for a music venue like The Ramkat, which books artists from Branford Marsalis, Ben Folds, Robert Earl Keen, and Marty Stuart to progressive metal band Between the Buried and Me.

“Our in-house system is fairly flexible but if we need to, we can call SES to add more umph on the audio side or bring foot lights or additional lighting when necessary,” Tennille offered.

“I didn’t want to stick a bunch of gear in there and forget about it,” Cranfill explained. “I wanted to build a system that would work for the majority of things they do, knowing if a certain artist comes by and needed a special piece of gear, we’ve got it. Whatever they are looking for, I can guarantee we have it.”

The roster for SES and its network of nearly a dozen event service companies includes includes a diverse mix of secular and Christian artists and speakers including The Avett Brothers, Luke Combs, Darius Rucker, Hootie and the Blowfish, Three Doors Down, Ed Sheeran, Rod Stewart, Glass Animals, Franklin Graham and Joyce Meyer.

Cranfill played in regional bands before launching SES in 1987 with founding partners Jim Brammer and Don Cates, who retired in 2014; current partners include Cranfill, Brammer, Michael Brammer and Jason Farah.

SES benefits as well. Cranfill looks at the venue relationship as a platform for connecting with artists on the rise, a testing ground for new technology and as a place to gain real-world experience for SES interns. He said having a fixed location with access to a variety of performers several nights a week provided dividends.

“I saw all these opportunities come together in one place,” Cranfill said. “No slight to other venues or festivals, but I knew I could get involved with these guys and they were going to do top quality work every night and they would grow and we could grow with them.”

Originally published on July 21, 2022 by venuesnow.com.