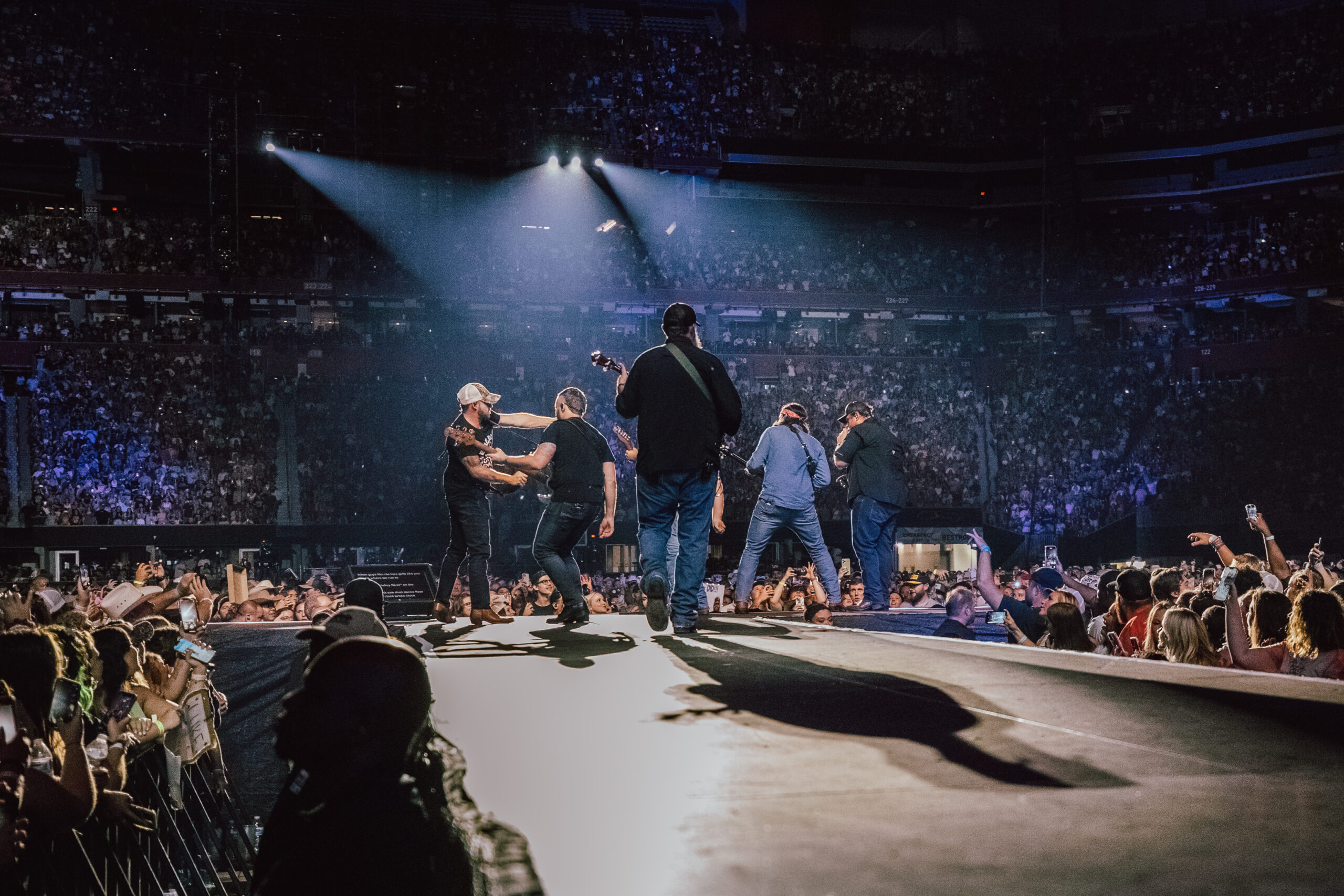 Headquartered in Mocksville, North Carolina, Special Event Services (SES) offers audio, lighting, design, video, staging and live event production to a wide array of clients.
The company recently invested in Ayrton Domino LT fixtures expanding its inventory of Ayrton luminaires and putting the fixtures to work on a variety of projects across the country. SES had already purchased Ayrton Bora fixtures, which have been used for television key lighting and aerial effects for country music artist Luke Combs, Rod Stewart and Joyce Meyer Ministries (JMM), as well as Khamsins, a full-featured spot which travelled with band, Glass Animals.
“Our Ayrton purchases have performed way above and beyond our expectations,” reports Vice President and Lighting Designer, Jeff Cranfill, one of the Founding Partners of SES. “So we decided to look at Ayrton’s full product line and base the majority of our lighting inventory on it. Anybody designing a lighting system would be happy with Ayrton fixtures.”

Domino LT offers the style and minimalist design of the Domino Profile in the first all-terrain LED luminaire in the Long Throw range. With an IP65 rating it can cope with the most extreme weather and environmental conditions while presenting designers with the full palette of features they demand. SES had been exploring followspot systems for use in large-format events, says Cranfill, when ACT Entertainment brought a Domino LT demo unit to test in the 300-foot-long SES shop. “Our shop was a good place for a long-throw test,” he notes. “The light had a beautiful output, flat field and colour temperature plus all the additional features of an intelligent light. So we decided to buy them.”

“We came in during daylight to focus for the first night’s event and could see the light on the stage,” says Cranfill. “Once it was night we focused a single Domino LT on the stage, dialled in for video and got plenty of intensity from a 270-foot throw. I even irised down across the stadium to the orange in the Minute Maid Park logo in the ceiling, which was easily 500 feet away. You could see the brightly illuminated orange across the stadium.”

The main stage was located at second base with lights mounted in the stands’ press box. Cranfill brought eight Domino LTs with him but discovered “we could have done the job with four. They performed so well we didn’t need eight, in fact we never turned on two of them.”
The Domino LTs served as key lights for video and live streaming during general sessions and then transitioned to followspot usage with a tracking system for evening concerts and shows.

“What’s huge for me, in putting a rig together, is that the Domino LTs are open to all creative possibilities,” says Cranfill. “For the Youth Gathering they gave us a nice stage wash and colour temperature for video for the static stage presentations in the general sessions. But every evening had an event a concert, dance, dramatic performances.

For the concert, for example, I used the Domino LTs to create aerial effects with colour, gobos and ballyhoos while the kids were walking into the stadium. Beams flying across the space created real excitement and energy. And when we needed impact lighting for the artists, we programmed the Domino LTs to work as beautiful specials light for designated areas where performers appeared.” Next for the Domino LTs was evangelist Joel Osteen’s “Come Home to Hope” event August 6 at New York City’s Yankee Stadium. “Since we saw the fixtures’ capabilities at Minute Maid Park we took just four of them to Yankee Stadium which had a worship service with speakers and music, no concert. The Domino LTs gave us a nice even wash from the press box to the second base stage. With the stadium lights on you could still see the impact of the fixtures,” Cranfill recalls.

The Domino LTs also were featured in country artist Luke Combs’s concert at Mercedes-Benz Stadium in Atlanta. “He was finishing a string of summer stadium shows, and we decided to use the fixtures as traditional followspots with the tracking system,” says Cranfill. “They were flown at FOH and once again performed wonderfully giving us plenty of light across the stadium.”

“What’s unbelievable to me, having come up in the industry with incandescent and arc fixtures and 4K spots, is that the Domino LT is a 1000 watt LED source and I’m getting all this out of it!” he declares. “The industry has come so far. Domino LT is a great new option in our arsenal when we put together a show design. There’s always a challenge to building spotlight towers in a stadium, but now we can put one Domino LT in a seating area where we’d never be able to put a huge followspot and operator. I’m totally sold on everything about this light and its possibilities.” Cranfill notes that the Domino LT’s IP65 rating is “a real bonus, a win-win all the way around. As we’re coming out of COVID we’re more than ever doing festivals and outdoor events. We always try to shield our gear as much as we can, but we had started looking at IP65 fixtures. So this is another big selling point in the Ayrton product line.”

SES is in the process of acquiring more Domino LTs, and Cranfill says, “As we phase out some older fixtures we are looking into suitable Ayrton replacements. Our goal by 2024 is to tell any client that they can build a really cool rig out of our stock of Ayrton lighting. No Ayrton fixture is a one-trick pony.”
He notes that SES recently finished a European tour for Joe Bonamassa on which the English lighting vendor supplied Ayrton Diablo fixtures. “I hadn’t used Diablos before and completely loved them! They were beautiful looking and had great output.”

Cranfill gives kudos to ACT Entertainment for making him aware of the Ayrton product line and its capabilities. “I’ve been in the business for a long time, but learning about new products is really important. ACT always does a great job of educating you about new fixtures and what they can do, in contrast to some reps who don’t know much about their products.
“Now it’s our turn to educate our clients about how well the Ayrton line performs.”

More information on Ayrton Domino LT fixtures and the full portfolio of innovative Ayrton LED products can be found at www.ayrton.eu.

Originally posted on soundligtup.com on September 26, 2022.